Can employer ban an employee from having another job? The end 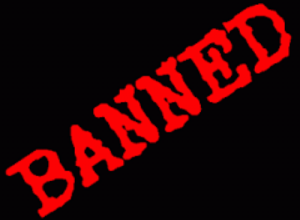 Yesterday, we established that as a general rule Australian common law will uphold an employment contract which contains a prohibition against an employee holding down more than that job. At least that is the legal conclusion which arises from the absence of any authoritative case to the contrary. And unlike the law which applies to restraints of trade, there does not appear to be a common law presumption to the effect that a clause of an employment contract which purports to restrict an employee’s earning capacity, will need to be shown to be reasonable to be upheld.

But this begs the question. Why can’t an employee hold down two jobs? Why can’t a café worker  have three casual jobs and why  can’t a full time lawyer design digital apps at night?

The answer is they can because there is a distinction between the law of contract and the law of unfair dismissal. Whereas the law will not go behind an employment contract which contains a restriction (unless it is born in fraud or mala fides or as a result of a misrepresentation), the jurisdiction of the Fair Work Commission in unfair dismissal cases does contain a discretionary element which enables the Commission to factor into whether there is a valid reason for dismissal the issue of whether the employer’s restriction is reasonable or not.

For example in In Bril v Rex Australia Ltd (2015)] FWC 884, a transport driver was forced to resign after his employer discovered he was working as a driver for another transport company during his annual leave. The Fair Work Commission noted there was no actual conflict of interest arising from Mr Bril’s work with a competitor, finding that his dismissal was harsh, unjust and unreasonable.

“Undertaking secondary employment which does not encroach on the primary employer’s field of business does not contravene the implied contractual term of fidelity and good faith. Nor does the implied term impose any duty upon the employee to disclose secondary employment of this nature……  The true reason for Mr Bril’s dismissal remains obscure because of K & K Glass’s dishonest denial that there was a dismissal. As best as can be discerned, it appears that the real reason was that because Mr Bril was observed working for Tamar while on annual leave, his earlier request for annual leave on the basis that he needed to register his car was dishonest. However, even if Mr Bril had a duty of honesty in this respect (which I doubt), he was not dishonest because the offer and acceptance of casual work at Tamar occurred after he had already obtained approval to take his annual leave. No reasonable basis for his dismissal is therefore identifiable. Moreover, because the real reason for the dismissal was never disclosed to Mr Bril prior to the dismissal being effected and Mr Bril was never given the opportunity to respond, he was denied procedural fairness.

Mr Bril was otherwise acknowledged to be a good and loyal employee. He had worked for K & K Glass for over six years. His employment record was unblemished. The dismissal was without any notice. The dismissal caused him financial loss. These I consider to be relevant matters which support the conclusion that Mr Bril’s dismissal was unfair.”

On the other hand, a careful and well drafted prohibition of other employment will, in appropriate circumstances, be upheld by the Fair Work Commission.

“2.8 You must not undertake any appointment or position (including directorship) or work or advise or provide services to, or be engaged, or associated with any business or activity that:

2.8.1 results in the business or activity competing with Us;

2.8.2 adversely affects us or our reputation; or

2.8.3 hinders the performance of your duties.”

“The sole reason relied upon by the respondent for the termination of the applicant’s employment was the applicant’s conduct in sending an email to numerous recipients, including persons who were clients of the respondent, indicating that he was looking to expand his interior design company into a full-time operation and was seeking their support in doing so. Further, he advised that he would take on jobs of any size, at a lesser cost than a large organisation, and was hoping to work with them in the near future.

I find that by sending an email in those terms the applicant breached his fundamental employment obligations to his employer. The email did not suggest that the applicant was seeking to perform small jobs outside his working hours. It clearly stated that he wished to build to a full-time operation and that his interest was not confined to small jobs that his employer would not take on. The applicant was clearly intending to set up a business that could be in opposition to his employer, albeit in a small way. He was soliciting work from current clients of his employer in clear breach of his obligation to put the interests of his employer before his own interests.