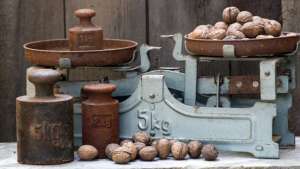 The second is that the BOOT requires an overall assessment to be made. This means the Commission must identify the terms which are more beneficial for an employee, terms which are less beneficial, and an overall assessment of whether an employee would be better off under the agreement. Where the terms required to be compared bear directly upon the remuneration of employees, the assessment is essentially a mathematical one. However the position becomes more complex when an agreement contains provisions superior to, or not contained in the reference award Entitlements to non-monetary benefits, benefits which are accessible at the employee’s choice, or monetary benefits which are contingent upon specified events occurring. While it is necessary for the Commission to take such entitlements into account in the BOOT assessment, ascertaining the value they are to be assigned may be a difficult task. It is unlikely that a non-monetary, optional or contingent entitlement under the agreement will sufficiently compensate for the detriment for all affected employees.

The following principles apply to the application of the BOOT to a loaded rates agreement:

Having regard to the above principles the Decision gives examples of the type of loaded rate structures which are capable, on proper analysis, of passing the BOOT.”