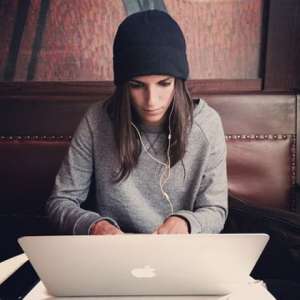 [31] I note that the issue of whether corporations incorporated in different countries can be associated was dealt with in the matter of Lau cited above. In that matter, Deputy President Booth held that: 7

“This question has been considered by single Members of the Commission but does not appear to have been determined by a Full Bench of the Commission or the Federal Court. Single Members have concluded that the offshore incorporation of the associated entity is not a constraint on finding that the employees of the associated entity are to be counted for the purpose of deciding whether an employer is a small business employer. A Full Bench of the Commission granted permission to appeal in relation to one of these instances but the substantive appeal did not proceed. I adopt the reasoning of these Members and conclude that there is nothing in the Act or the Corporations Act that means that I should not take into account the employees of the associated overseas based entity for the purposes of s.23 of the Act.

[34] Mr Prill was unable to point to any evidence that identified a practical influence exerted by Leafbrook to determine the outcome of decisions of the Philippines Company or to identify any practice or pattern of behaviour, beyond the payment for services, affecting the Philippines Company’s financial or operating policies.

(a) Leafbrook does not have the capacity to determine the outcome of decisions about InTechnology Distribution Inc.’s financial and operating policies;

(b) The practical influence that Leafbrook can exert, rather than the rights it can enforce has been considered;

(c) The practices or pattern of behaviour affecting InTechnology Distribution Inc.’s financial or operating policies has been taken into account.

(a) has an asset that is an investment in the Philippines Company; or

(b) has an asset that is the beneficial interest in an investment in the Philippines Company and has control over that asset.

[41] The term ‘asset’ is defined in s.601WAA of the Corporations Act as meaning ‘property, or a right, of any kind, and includes:

[42] An ‘investment’ in a company is defined in s.601WAA of the Corporations Act as meaning:

[44] While the contractual arrangement between the parties for the provision of services provides Leafbrook with an asset in the sense that the contract confers legal interests and rights upon Leafbrook, it cannot be said to be an investment as defined by the Corporations Act. The legal interests and rights acquired by Leafbrook by virtue of the contact for services between Leafbrook and the Philippines Company may be an interest in personal property or some claim or chose in action in the event of non-performance, but the interests or rights arising out of that agreement are not of the nature required to characterise that asset as an investment so as be a qualifying investment which indicates the entities are associated. For those interests or rights to be an asset that is an investment and therefore a ‘qualifying investment’ in the Philippines Company, they would need legal interests or rights in relation to share or debentures.

[45] The evidence provided by Mr Winter at hearing was that Leafbrook holds no right or interest in relation to shares of the Philippines Company. No evidence has been advanced by Mr Prill that contradicts that.

[52] For that reason I am satisfied that the Applicant was not, pursuant to s.382 of the Act, a person protected from unfair dismissal.

[53] Accordingly, I must dismiss the Applicant’s application and I do so.”