Appeals in the Fair Work Commission 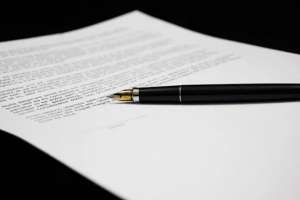 The Fair Work Act makes it very difficult to appeal a decision of the Fair Work Commission at first instance, as can be seen from the legal principles at play in the extract from the following appeal bench case.

An appeal under s.604 of the Act is an appeal by way of rehearing and the Commission’s powers on appeal are only exercisable if there is error on the part of the primary decision maker.22 There is no right to appeal and an appeal may only be made with the permission of the Commission.

As we have mentioned, the Appellant has applied for permission to appeal, and has appealed, the Decision.

The Decision at first instance was a refusal to grant an unfair dismissal remedy under s.390 of the Act. It was a discretionary decision. It follows that the Decision can only be challenged by demonstrating error in the decision-making process. 23

It is not sufficient for the Appellant to invite an Appeal Bench to simply substitute its own determination for that of the Member whose decision is the subject of the appeal. It is necessary to demonstrate error of the type identified by the High Court in Coal and Allied Operations Pty Ltd v Australian Industrial Relations Commission: 24

‘If the judge acts upon a wrong principle, if he allows extraneous or irrelevant matters to guide or affect him, if he mistakes the facts, if he does not take into account some material consideration, then his determination should be reviewed and the appellate court may exercise its own discretion in substitution for his if it has the materials for doing so.’” 25(footnotes omitted)

Further, this appeal is from a decision made under Part 3-2 (Unfair Dismissal) of the Act and hence s.400 applies. Section 400 provides:

“(1) Despite subsection 604(2), the FWC must not grant permission to appeal from a decision made by the FWC under this Part unless the FWC considers that it is in the public interest to do so.

(2) Despite subsection 604(1), an appeal from a decision made by the FWC in relation to a matter arising under this Part can only, to the extent that it is an appeal on a question of fact, be made on the ground that the decision involved a significant error of fact.”

The legislative scheme manifests an intention that the threshold for a grant of permission to appeal be higher in respect of unfair dismissal appeals than the threshold applicable to appeals generally. 26

In Coal & Allied Mining Services Pty Ltd v Lawler and others, Buchanan J (with whom Marshall and Cowdroy JJ agreed) characterised the test under s.400 as “a stringent one”.27

The task of assessing whether the public interest test is met is a discretionary one involving a broad value judgment.28 In GlaxoSmithKline Australia Pty Ltd v Makin 29 a Full Bench of the Commission identified some of the considerations that may attract the public interest:

“… the public interest might be attracted where a matter raises issues of importance and general application, or where there is a diversity of decisions at first instance so that guidance from an appellate court is required, or where the decision at first instance manifests an injustice, or the result is counter intuitive, or that the legal principles applied appear disharmonious when compared with other recent decisions dealing with similar matters.”30

It will rarely be appropriate to grant permission to appeal unless an arguable case of appealable error is demonstrated. This is so because an appeal cannot succeed in the absence of appealable error.31 However, the fact that the Member at first instance made an error is not necessarily a sufficient basis for the grant of permission to appeal and the public interest is not satisfied simply by the identification of error, or a preference for a different result.32”