Another warning to labour hire companies 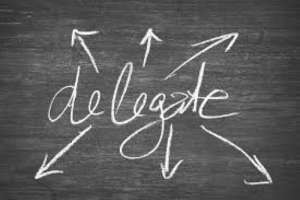 There has now been a noticeable trend in the Fair Work Commission to require the real employer, the labour hire company in this context, to do a lot more to protect its employee from the summary effects of the actions pf the host employer. In the following case, the Commission refused to accept that the real employer had done enough when its client banned an employee from site.

“Helpfully there are very recent decisions of the Commission to assist in the determination of this matter as to whether there existed a valid reason to dismiss Mr Conlon based on the direction given by QGC to prevent Mr Conlon accessing the premises in QGC’s control.

‘However, the contractual relationship between a labour hire company and a host employer cannot be used to defeat the rights of a dismissed employee seeking a remedy for unfair dismissal. Labour hire companies cannot use such relationships to abrogate their responsibilities to treat employees fairly. If actions and their consequences for an employee would be found to be unfair if carried out by the labour hire company directly, they do not automatically cease to be unfair because they are carried out by a third party to the employment relationship. If the Commission considers that a dismissal is unfair in all of the circumstances, it can be no defence that the employer was complying with the direction of another entity in effecting the dismissal. To hold otherwise would effectively allow labour hire employers to contract out of legislative provisions dealing with unfair dismissal.’

In considering whether Adecco had a valid reason to dismiss Ms Kool, the Deputy President found: 15

Accordingly I am satisfied and find that there was no valid reason for Ms Kool’s dismissal related to her capacity or conduct.’

‘Whilst Mr Pettifer asserts that he was dismissed because of his conduct, namely his involvement in an alleged ‘near miss’, we do not consider his conduct was the reason for his dismissal. MODEC was clearly prepared to place Mr Pettifer elsewhere in its operations but could not find a position for him. While the evidence indicates that BHPB had concerns over Mr Pettifer’s conduct and elected to exercise its contractual right to direct MODEC to remove Mr Pettifer from the BHPB Site, this was not the reason why MODEC dismissed Mr Pettifer. That dismissal occurred because Mr Pettifer did not have the capacity to perform the duties which he was engaged to perform and could not be redeployed elsewhere by MODEC.’

Having examined the contract between MODEC and its client, BHPB, the Full Bench found: 18

‘MODEC was therefore contractually obliged to remove Mr Pettifer from the BHPB Site if instructed to do so. This was the role which Mr Pettifer was employed to perform. No longer capable of performing the inherent functions of this role, MODEC sought to find alternative employment for Mr Pettifer. Only after exhausting these inquiries did MODEC rely on this reason to terminate Mr Pettifer’s employment. In these circumstances the Full Bench is satisfied that MODEC had a valid reason relating to Mr Pettifer’s capacity to terminate his employment and only exercised this reason because it genuinely was unable to find suitable alternative employment for him.’ (citations omitted)

More recently in Tasmanian Ports Corporation Pty Ltd t/a Tasports v Mr Warwick Gee 19, a Full Bench of the Commission upheld a decision of Wells DP finding that Tasports essentially acquiesced to its client in determining that its employee, Mr Gee could no longer perform work on its clients’ premises. Further, Tasports did not undertake relevant inquiries with Mr Gee before dismissing him, and did not adequately attempt to source alternative employment for him, despite being a reasonably large employer………………….

Accordingly, while I am satisfied Sandlewood (the real employer) did all it could do to try and convince QGC (the host employer) that Mr Conlon should continue in his role, at the time of the dismissal, I am not satisfied there existed a valid reason for the dismissal. Mr Conlon was owed a right to a discussion in the days and week following, and an opportunity to canvass if any other roles existed that he could perform. Only if that conversation resulted in a conclusion that Sandlewood did not have available other roles for Mr Conlon would that constitute a valid reason for the dismissal.”