An employee’s private misconduct and a line in the sand 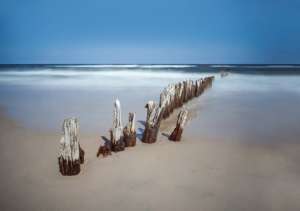 The vexed issue of whether out of hours misconduct can validate a dismissal continues to pop up in workplace case law on a daily basis.

We are all familiar enough with the issue when it involves sports people. However in that case as it seems to me, the link which is used to justify the contention that out of hours conduct (read for that “private”) misconduct can justify censure by an employer or even a sporting code is that such people are role-models. This of course is by and large a nonsense and is a disingenuous and hypocritical endeavour to disguise the real concerns of the code or the employer which is brand protection.

A link between private conduct and the workplace for ordinary employees who are not famous must surely have some roots in reality. And so it does.

Here is the orthodox view of the Fair Work Commission.

“This case was one where most of the allegations against the Applicant related to events which occurred out of working hours and away from the workplace. Therefore, I sought submissions from the parties on this issue.

The decision in Rose reviewed a range of decision of the Commission and other tribunals. At page 12 of the print the then Vice President concluded:

“It is clear that in certain circumstances an employee’s employment may be validly terminated because of out of hours conduct. But such circumstances are limited:

In essence the conduct complained of must be of such gravity or importance as to indicate a rejection or repudiation of the employment contract by the employee. Absent such considerations an employer has no right to control or regulate an employee’s out of hours conduct.”

His Honour analysed the facts of several cases and concluded that a valid reason for termination for conduct outside work would require “requisite connection to his employment”. He concluded that this was not such a case because there was not a reasonable basis for concluding that the conduct had damaged the employer’s interests.

In Anthony Farquharson and Qantas Airways Limited [PR971685], 10 August 2006, a Full Bench, VP Lawler, SDP O’Callaghan, Raffaelli C dealt with “the peculiar circumstances attending slip time in a foreign port that give Qantas a legitimate interest in the slip time conduct of its flight crew that is far greater than the usual interest of an employer in the off duty conduct of its employees.” In that case, Qantas had a legitimate interest in ensuring that incidents did not occur which damaged its interests and reputation.

The High Court in State of NSW v Lepore & Ors [2003] HCA 4; (2003) 221 CLR 511 considered at length the duty of care owed by a school to its students. A school is vicariously liable for the actions of an employee, even if occurring away from the workplace or outside normal working hours, if there is sufficient connection with authorised acts during the course of employment.

“The duty arises on the enrolment of the child. It is not confined to school hours or to the commencement of the teacher’s hours of employment at the school.”

Michael King v Catholic Education Office Diocese of Parramatta T/A Catholic Education Diocese of Parramatta [2013] FWC 8914 was another case about a teacher. At first instance, I held that there was a valid reason for the dismissal of Mr King because he had failed to comply with a lawful direction. This was so even though the actions of Mr King were out of hours. The “requisite connection to the employment relationship was the students of the college and the special duty of care that the teachers have.”

If a command relates to the subject matter of the employment and involves no illegality, the obligation of the servant to obey it depends at common law upon its being reasonable. In other words, the lawful commands of an employer which an employee must obey are those which fall within the scope of the contract of service and are reasonable.

[27] The expressions within the above passage “relates to the subject matter of the employment” and “within the scope of the contract of service” have been regarded as synonymous in respect of the limitation expressed (McManus v Scott-Charlton (1996) 70 FCR 16 at 21E). The scope of employment is a somewhat broader conception than just the course of the performance of duties under the employment contract (See Moreton Bay College v Teys [2008] QCA 422 at [51]-[52]). Textbooks have described the scope of the employment of an employee as determined by the nature of the work the employee is engaged to do, the terms of the contract, and customary practices or the course of dealings between the parties (Sappideen, O’Grady, Riley and Warburton, Macken’s Law of Employment (7th Ed) at 8.280 (the same passage in an earlier edition having been quoted with approval in Tran v Calum Textiles Pty Ltd (1997) 42 AILR 3-553 (No VI 1401 of 1996); Irving, The Contract of Employment at 7.6 p 343). It does not extend to private or personal activities of an employee, not affecting his or her work. In Australian Tramway Employees’ Association v Brisbane Tramways Co Ltd (Australian Tramway Employees’ Association v Brisbane Tramways Co Ltd (1912) 6 CAR 35 at 42, quoted with approval in McManus v Scott-Charlton (1996) 70 FCR 16 at 21F), Higgins J sitting as President of the Court of Conciliation and Arbitration said:

A servant has to obey lawful commands, not all commands. The servant does not commit a breach of duty if he refuse to attend a particular church, or to wear a certain maker’s singlets. The common law right of an employee is a right to wear what he chooses, to act as he chooses, in matters not affecting his work.

[28] The circumstances in which an employer may make lawful directions in respect of the off-work activities of employees will therefore usually be very limited. In McManus v Scott-Charlton (McManus v Scott- Charlton (1996) 70 FCR 16 at 29C) the Federal Court (Finn J) said: “I am mindful of the caution that should be exercised when any extension is made to the supervision allowed an employer over the private activities of an employee. It needs to be carefully contained and fully justified.” In Appellant v Respondent (Appellant v Respondent (1999) 89 IR 407 at 416) a Full Bench of the Australian Industrial Relations Commission said that “it is only in exceptional circumstances that the employer has a right to extend any supervision over the private activities of the employees.” Statements of this nature suggest that there must necessarily be significant connection with or effect upon the employee’s employment in order for an employer’s direction concerning the out-of-hours activity and conduct of an employee to fall within the scope of the employment and thus be lawful.

[29] The nature of the employment in question, and the statutory, contractual and other legal obligations applicable to such employment, affect the scope of the employment and the capacity of the employer to issue lawful directions concerning out-of-hours conduct. Police officers, for example, who in contemporary circumstances are engaged under contracts of employment, have obligations (originating from the common law office of constable) to keep and preserve the peace and comply with lawful orders from those with authority over them even when they are off-duty (see e.g. Police Regulation 2008 (NSW), cll 7 and 8). In respect of public servants, some of the powers give to the Crown as employer exist for public interest and not just employment-related purposes, with the result that the scope of supervision over public servants’ private activities may extend beyond what is countenanced by an employee’s implied contractual duty of fidelity and good faith (McManus v Scott-Charlton (1996) 70 FCR 16 at 25).”

Sandra Johnston v Australian Federal Police [2014] FWC 4201 was a case about an AFP officer who made an allegedly false complaint to the NSW Police. The fact that she made clear to the NSW Police that she was an AFP officer was held by Deegan C. to create the connection with her employment. The high standards expected of AFP officers was also emphasised as was the fairness of the AFP’s investigation process.”