Adverse action; what is the before and after test? 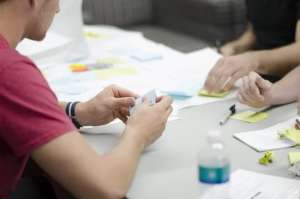 When determining whether a person has been a victim of adverse action under the general protections, the Australian courts adopt the before and after test. But what is it? Here is the answer.

“Before s 298K(1) can apply, it must be possible to say of an employee that he or she is, individually speaking, in a worse situation after the employer’s acts than before them; that the deterioration has been caused by those acts; and that the acts were intentional in the sense that the employer intended the deterioration to occur.”

The clarification of that approach by the Full Court in Community and Public Sector Union v Telstra Corp Ltd (2001) 107 FCR 93 at [21] does not detract from it for present purposes. The same questions must be asked. Here, there should be a negative answer to each limb.

Tracey J usefully summarised the authorities as to the former s 298K in Australian and International Pilots Association v Qantas Airways Ltd [2006] FCA 1441, (2006) 160 IR 1 at [13]–[22]. “Injury” is concerned with an adverse effect upon an existing legal right, or “compensable” injury. Prejudicial alteration of position goes beyond that concept. There are many examples in the cases. It is sufficient to refer to Patrick Stevedores Operations No 2 Pty Ltd v Maritime Union of Australia (No 3) (1998) 195 CLR 1 per Brennan CJ, McHugh, Gummow, Kirby and Hayne JJ at [37] and [38]; Community and Public Sector Union v Telstra Corp Ltd 107 FCR 93 at [17]–[22]; Greater Dandenong City Council v Australian Municipal, Administrative, Clerical and Services Union (2001) 112 FCR 232; and Commonwealth Bank of Australia v Finance Sector Union of Australia 157 FCR 329.

The decision in Maritime Union of Australia v Geraldton Port Authority (1999) 93 FCR 34 is a good illustration of where the dividing line might be drawn. Cases on the non-contravening side of the line include Burnie Port Corp Pty Ltd v Maritime Union of Australia (2000) 104 FCR 440 and Australian Workers’ Union v BHP Iron-Ore Pty Ltd 106 FCR 482. A case with some similarities to the present is National Union of Workers v Qenos Pty Ltd (2001) 108 FCR 90. It dealt with a situation where there was a surplus of employees for genuine business reasons. A “spill and fill” selection and retrenchment process was held not to be capable of giving rise to an injury to any particular employee in his or her employment and could not be said to have altered the position of any individual employee to his or her prejudice. (See also Australian and International Pilots Association v Qantas Airways Ltd [2006] FCA 1441, (2006) 160 IR 1 at [29] and [31].)”