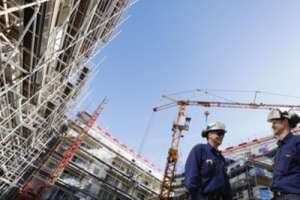 On 22 July 2017 I posted a blog about the complex world of the general protections, particularly in the labour hire context. I referred to a Federal Circuit Court case in which a union on behalf of a member pursued a general protections claim alleging that a mine holder had contravened the general protections under the Fair Work Act by issuing a directive to its mine operator which had the contract to operate the mine not to  permit the member back on site because she had exercised a number of workplace rights. The judge was first required to pair back what he termed the “pretence” of the mine operator arguing that another entity down the line was the employer. His Honour gave short shrift to that argument, preferring to test the position by the reality that the union member could not have lawfully been on site unless she was an employee of the contractor.

The next and more problematic issue for the court was the question whether upon a proper construction of sec 342 of the Act, it could be said that unlawful adverse action could be said to have been taken when the respondent refused the employee of the contractor the right to attend the workplace.

His Honour put that issue this way;

And resolved the issue this way;

“Counsel for the Respondent relied on a decision of Judge Jones in Askaro v Leading Synthetics Pty Ltd [2014] FCCA 2081. The tripartite relationship in that case is indeed similar to this case. One difference, however, is that in Askaro the Applicant alleged that adverse action was taken under Item 3, column 2 (c) whereas in this case it is column 2(d). In order to understand the Respondent’s argument, and indeed its implications, it is necessary to set out [45] – [53]:

The real issue is whether the action by the first respondent (the principal) in transferring the applicant from night to day shift falls within the conduct described in column 2 of Item 3.

The applicant relies on the conduct described in (c) of column 2, Item 3. He submits that whilst the conduct described “does not refer specifically to conduct that alters the position of an employee of an independent contractor (as opposed to the position of the independent contractor itself) to his/her prejudice, it should be understood to include such conduct.”

The applicant relies on the approach adopted by his honour Justice Bromberg in Construction, Forestry, Mining and Energy Union v McCorkell Constructions Pty Ltd (No.2) [2013] FCA 446 (“McCorkell”). In McCorkell his Honour was required to determine whether the reference to “independent contractor” in items 3 and 4 of s.342(1)extended beyond an individual contractor to encompass a corporate independent contractor. His Honour found that it did. In the course of reaching his decision his honour considered the history of predecessor statutory provisions relating to independent contractors and stated as follows at [125]:

……….. Items 3 and 4 of s 342(1) go much further in guarding against the conduct of a principal which has an adverse effect on the workplace rights and industrial activities rights of employees of a contractor. It seems to me that this extended protection involves a recognition that contracting arrangements are a fertile area in which workplace rights and other protected activities are at risk of adverse action taken by a third party principal. It is likely that Items 3 and 4 were substantially directed at that mischief.

Justice Bromberg’s observation in McCorkell at [125] was directed to the mischief created by “contracting arrangements.”

The Court does not accept the Respondent’s submissions and respectfully disagrees with the interpretation adopted by Judge Jones. In Construction, Forestry, Mining and Energy Union v McCorkell Constructions Pty Ltd (No.2) [2013] FCA 446 Bromberg J at [88] observed that only a person with a workplace right specified by s.341(1) and is the second person referred to in s.342(1), will fall within the protective scope of s.340. Accordingly, on the Respondent’s interpretation ofs.342(1) the workplace right belongs to CMG, even though it is a company the sole purpose of which is to provide labour to the Respondent through a contract to do so. But what is the workplace right belonging to CMG that is protected in this case? Moreover, on the Respondent’s contended interpretation of s.342(1), the Respondent would be taking adverse action against the worker (i.e. the person employed by CMG in Item 3, Column 1) by doing any of the matters listed in column 2. With respect, that is an unlikely interpretation of s.342(1), and it is highly unlikely that parliament intended a result whereby an independent contractor’s employee could be deemed to have adverse action taken against her by the principal terminating its contract with the contractor. Section 342 is ultimately about protecting workplace rights, rights the employee clearly has, but rights which CMG does not appear to have in this case.

The Court respectfully adopts the approach to statutory interpretation undertaken by Bromberg J in McCorkell at [75] – [130]. On appeal, State of Victoria v Construction, Forestry, Mining and Energy Union [2013] FCAFC 160, the Full Court at [118] – [121] did not demur from the approach adopted by Bromberg J. A number of paragraphs from His Honour’s judgment bear repeating here:

The objects of Pt 3-1 reveal that the FW Act seeks to protect the rights conferred by the Part and to provide to persons on whom those rights are conferred effective relief from being discriminated against, victimised or otherwise adversely affected by reason of the holding or exercising of those rights. The rights protected under Pt 3-1 are:

anti-discrimination rights and other protections conferred by Divs 5 and 6.

In interpreting a legislative provision, the Court is required to prefer a construction that “would best achieve the purpose or object of the Act” (whether or not that purpose or object is expressly stated in the Act): s 15AA of the Acts Interpretation Act 1901 (Cth).

Accordingly, the terms of the legislative provisions in question should be given “a fair and liberal interpretation in order that they achieve the Act’s beneficial purposes”: AB v Western Australia at [38] (the Court). The approach that should be taken to the construction questions is one that gives effect to the evident purpose of the legislation and is consistent with its terms:AB v Western Australia at [23] (the Court).

That approach to statutory interpretation is adopted in this case. His Honour undertook an extensive survey of legislative history. At [121] – [126]  Bromberg J concludes:

There is a discernable rationale for the expansion of the protections afforded to employees of independent contractors from action taken by a principal who engages the contractor.  It is well known that the trend to self-employment was accompanied by a growing practice by enterprises to contract out or outsource to contractors many of the functions which had formerly been performed internally by a part of an enterprise’s direct workforce. As Owens and Riley point out, throughout the 1980’s and 1990’s the organisational model utilised by business underwent transformation. Many companies resolved to focus on their “core business” and to carve out or outsource non-core functions to separate enterprises that could provide services under contract: Owens R and Riley J, The Law of Work (Oxford University Press, 2007) p 145. The carving out or outsourcing of cleaning, security or maintenance services provide common examples.  As a result, there has been a proliferation of employees of contractors working in the workplaces of enterprises involved in outsourcing.

The terms of the former s 298L(1)(c)(i) of the WR Act show that the mischief sought to be addressed by that provision, was directed against a principal requiring a contractor to have its employees join a union. Items 3 and 4 of s 342(1) go much further in guarding against the conduct of a principal which has an adverse effect on the workplace rights and industrial activities rights of employees of a contractor. It seems to me that this extended protection involves a recognition that contracting arrangements are a fertile area in which workplace rights and other protected activities are at risk of adverse action taken by a third party principal. It is likely that Items 3 and 4 were substantially directed at that mischief.

The only mischief that the State identifies to explain why adverse action by a principal against the employees of an independent contractor has been prohibited, if independent contractor is to be given its confined meaning, is the protection of the workplace rights of the owner/operator who is employed by his or her own company from adverse action by a principal.  It is possible to conceive of a situation such as that.  For instance where adverse action might be taken by a principal against the owner/operator employed by his or her own company because he or she has decided to join a union.  However, the possibility of protection is so narrow and the occasion for its use likely to be so rare, that it is difficult to imagine that Items 3 and 4 were enacted for such an inconsequential purpose.  It is far more likely that the very significant expansion of protection provided by Items 3 and 4 has been undertaken to guard against the unique power and interest in industrial matters, of principals who engage contractors.  With that objective in mind, it is unlikely that “independent contractor” when used in Items 3 and 4 was intended to have a confined meaning.

The same principles apply to this case. The same rationale justifies interpreting independent contractor in s.342(1)Item 3 Column 2(d) as including a person employed or engaged by the independent contractor, just as it is in Column 1. This interpretation does not stretch the meaning of s.342(1) beyond its reasonable boundaries as contemplated by the legislature.

The Court acknowledges, however, that an alternative to the interpretation postulated would be to interpret the word ‘services’ in Column 2(d) as including the services of persons employed or engaged by the independent contractor. The effect would be the same, and that is to give effect to what parliament must have reasonably intended.

The refusal by the Respondent to use the services of the worker on the facts of this case did fall within s.342(1). That does not necessarily mean that the Applicant is successful in its claim on behalf of the worker.”

The general protections do indeed protect an employee who is treated adversely for a prohibited reason by an entity with whom the employee’s employer has a contract to provide services. It is a great pity that my client did not have the resources to take the matter on in the Federal Court or the Federal Circuit Court.