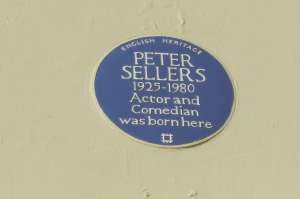 As Peter Sellers used to say (according to Michael Caine) “Not many people know that”.

I never cease to be amazed at the appalling lack of knowledge some of my legal colleagues have who represent parties at Fair Work Commission conciliation conferences and who are unaware of one of the most important legal aspects of redundancy in Australia.

(a) it no longer required the person’s job to be performed by anyone because of the operational requirements of the employer’s enterprise; and

(b) the employer has complied with any obligation in a  modern award or enterprise agreement that applied to the employment to consult about the redundancy; and

(c) it was not reasonable in all the circumstances for the person to be redeployed within the employer’s enterprise or the enterprise of an associated entity of the employer.

This blog is about requirement (b).

Most modern awards and enterprise agreements contain a consultation clause which is standard throughout many industries which requires consultation when an employer “makes a definite decision to introduce major changes in production, program, organisation, structure or technology in relation to its enterprise.”

What many lawyers and workplace relations practitioners do not appear (at least from their arguments at conciliation conferences) realize is that the Fair Work Commission does not regard such a clause as imposing a consultation obligation on an employer in a non-multi employee redundancy, whether an individual or arguably only a limited number of empoyees.

Here is the evidence of that proposition.

“Despite the above finding, even if the Award has application, it is arguable whether clause 9 Consultation is invoked where an individual employee is made redundant. This position arises from the Full Bench decision of Nick Tsiftelidis v Crown Melbourne Limited 28 where it was held that the meaning of ‘major workplace change’ in a consultation clause in an enterprise agreement did not capture individual redundancies on the basis that individual redundancies do not constitute a “major change” to the employer’s operations that impact upon a collective of employees. The Full Bench stated:

“[27] This extract shows that clause 24 of the Agreement, and the additional consultation requirements prescribed therein, are enlivened only when the Respondent “makes a definite decision to introduce major changes in production, program, organisation, structure or technology in relation to its enterprise.” It follows that to determine whether consultation is required under clause 24, we must first determine whether the Appellant’s redundancy was a “major change” within the meaning of the disputed clause (thereby enlivening the clause). In giving consideration to this issue, we are guided by the most recent High Court authority, Amcor Ltd v. CFMEU. 29 In that decision Gummow, Hayne and Heydon JJ considered the interpretation of an enterprise agreement and said:

“[30] Clause 55.1.1 must be read in context. It is necessary, therefore, to have regard not only to the text of cl 55.1.1, but also to a number of other matters: first, the other provisions made by cl 55; secondly, the text and operation of the Agreement both as a whole and by reference to other particular provisions made by it; and, thirdly, the legislative background against which the Agreement was made and in which it was to operate.”

“[94] … However, certified agreements such as this commonly lack the precise drafting of legislation. As appears from a scrutiny of the provisions of the Agreement, it bears the common hallmarks of colloquial language and a measure of imprecision. Doubtless this is a result of the background of the drafters, the circumstances and possibly the urging of the preparation, the process of negotiation and the omission to hammer out every detail – including possibly because such an endeavour would endanger the accord necessary to consensus and certification by the Commission.

[96] The nature of the document, the manner of its expression, the context in which it operated and the industrial purpose it served combine to suggest that the construction to be given to cl 55.1.1 should not be a strict one but one that contributes to a sensible industrial outcome such as should be attributed to the parties who negotiated and executed the Agreement. Approaching the interpretation of the clause in that way accords with the proper way, adopted by this Court, of interpreting industrial instruments and especially certified agreements. I agree with the following passage in the reasons of Madgwick J in Kucks v CSR Ltd 30, where his Honour observed:

“It is trite that narrow or pedantic approaches to the interpretation of an award are misplaced. The search is for the meaning intended by the framer(s) of the document, bearing in mind that such framer(s) were likely of a practical bent of mind: they may well have been more concerned with expressing an intention in ways likely to have been understood in the context of the relevant industry and industrial relations environment than with legal niceties or jargon. Thus, for example, it is justifiable to read the award to give effect to its evident purposes, having regard to such context, despite mere inconsistencies or infelicities of expression which might tend to some other reading. And meanings which avoid inconvenience or injustice may reasonably be strained for. For reasons such as these, expressions which have been held in the case of other instruments to have been used to mean particular things may sensibly and properly be held to mean something else in the document at hand.’” (References omitted)

[29] Callinan J said that there was substance in the observations of Madgwick J in Kucks v CSR Limited Ltd (Kucks). He then said:

“[131] An industrial agreement has a number of purposes, to settle disputes, to anticipate and make provision for the resolution of future disputes, to ensure fair and just treatment of both employer and employees, and generally to promote harmony in the workplace. It is with the third of these that cl 55 of the Agreement is particularly concerned. It is important to keep in mind therefore the desirability of a construction, if it is reasonably available, that will operate fairly towards both parties. …”

[30] In Kucks, following the passage quoted above, Madgwick J went on to say:

“But the task remains one of interpreting a document produced by another or others. A court is not free to give effect to some anteriorly derived notion of what would be fair or just, regardless of what has been written into the award. Deciding what an existing award means is a process quite different from deciding, as an arbitral body does, what might fairly be put into an award. So, for example, ordinary or well-understood words are in general to be accorded their ordinary or usual meaning.”

[31] In AMIEU v Golden Cockerel Pty Ltd (“Golden Cockerel”) a Full Bench of the Commission considered this and other authorities and said that the resolution of a disputed construction of an agreement will turn on the language of the agreement understood having regard to its context and purpose. 31

[32] Clause 24.2 of the Agreement provides that the purpose of the consultative committee is to consult about issues and matters arising from a “collective nature.” This indicates that a matter is more likely to be a major change if it affects a collective group of employees, rather than being a matter that impacts upon an individual. This indication is supported by the evidence in exhibit A and exhibit B. For example, in exhibit A, Ms Gleeson confirms that clause 24 is enlivened for collective matters only and not for individual redundancies. Similarly, in exhibit B, Ms Szalay agrees with Ms Gleeson and says that clause 24 is enlivened only for collective matters. The weight of the evidence therefore supports the conclusion that clause 24 of the Agreement, and the additional consultation requirements imposed on the Respondent therein, are not enlivened by cases that are not of a collective nature, such as individual redundancies.

[33] The frequent referral to the plural “employees” rather than “employee” in clause 24 further indicates that the clause captures changes to the Respondent’s workplace that impacts upon a group of employees rather than an individual. We are satisfied that it follows that clause 24 does not capture individual redundancies on the basis that individual redundancies do not constitute a “major change” to the Respondent’s operations that impact upon a collective of employees.

[35] In light of this, we are satisfied that the Respondent was not required to comply with the additional consultation requirements prescribed in clause 24 of the Agreement.”