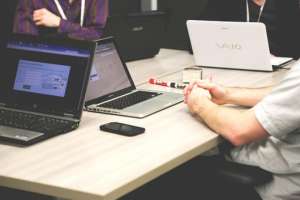 The Fair Act provides that it is a complete jurisdictional defence to an unfair dismissal claim if the termination of employment arose from a “genuine redundancy”; see sec 389 Fair Work Act 2009. One of the mandatory requirements which an employer seeking to rely upon the defence is that the employer complied with the consultation requirements of any applicable modern award award or enterprise agreement.

What level and degree of sincerity is required from the employer to satisfy this element?

“In addition, for the purposes of the above discussions the employer must provide in writing to the employee all relevant information about the changes, including the nature of what is proposed, the expected impact on the employee, and any other matters likely to affect the employee, with the proviso that it is not required to disclose confidential information that might be contrary to its interests.

Ray White Langwarrin took the Commission in its submissions to the decision of then Commissioner Smith in Communications, Electrical, Electronic, Energy, Information, Postal, Plumbing and Allied Services Union of Australia v Vodafone Network Pty Ltd 13 in support of its view about what the consultation obligations involve. It referred, in particular, to [25] of that decision when Commissioner Smith concluded:

“In deciding whether or not to make the orders sought I have considered the importance of consultation. Consultation is not perfunctory advice on what is about to happen. This is common misconception. Consultation is providing the individual, or other relevant persons, with a bona fide opportunity to influence the decision maker. Section 170GA(1)(b) of the Act speaks of measures to avert or minimise terminations or to mitigate the adverse effects of the terminations. Consultation is not joint decision making or even a negative or frustrating barrier to the prerogative of management to make decisions. Consultation allows the decision making process to be informed, particularly as it may effect the employment prospects of individuals. The opportunity to seek to avoid or mitigate the effects of a termination can not be underestimated by those who wield power over those and their families who will the subject of the exercise of that power.” 14

Commissioner Smith also continued in that decision to quote from the decision of the Full Bench in Liu v Windsor Smith [Print Q3462] when it stated:

“We add that in ordinary circumstances it is reasonable for an employer who is contemplating redundancies to discuss the matter with the employees, and their representatives should the employees so desire, to enable alternatives to be canvassed and to allow employees who are in peril of losing their employment to adjust their affairs accordingly.”…………………..

I am satisfied, in response, that the evidence indicates that Ray White Langwarrin cannot be said to have complied with its obligations in clause 8 of the Real Estate Industry Award 2010. It did not provide relevant details about all required aspects of the changes. It did not discuss the effect that the changes were likely to have on Ms Cruise, particularly given her family responsibilities which were clearly known and understood by the business, given she regularly brought her children to work for periods of time after collecting them from kindergarten, and prior to collecting her other children from school. There is also no indication that the business discussed any measures to avert or mitigate the adverse effects of the changes, and in this context it seems that a number of options were clearly open. For example, there could have been some discussion about other options in regard to the number of hours per week, in circumstances where Ms Cruise was currently working 18 hours per week and the business was proposing that she now move to a 38 hour week arrangement. Job sharing with another employee, and other similar arrangements, might also have been canvassed.

I am also satisfied that it is of particular significance that the business chose not to respond to the email dated 8 August from Ms Cruise, which by any standard set out a range of enquiries that an employee contemplating the sort of change that was being proposed could reasonably expect to make. I am accordingly satisfied that the business was obliged to provide a response to Ms Cruise about these matters in the context of its obligation to provide details about the effect of the changes upon her, and in terms of its requirement to give prompt consideration to matters raised by her. The evidence indicates instead that after sending the outline to her on 7 August the business did not realistically engage with her again until the brief discussion on 24 August when Ms Cruise was told her employment was to be terminated with immediate effect.

Ms Cruise was not provided with the opportunity to be involved in an informed decision making process such as that contemplated by Commissioner Smith in the decision referred to above. She was also not provided with any opportunity to seek to mitigate the effect of what was being proposed, in circumstances where it would seem there were a number of options that could have been considered. In addition, it does not appear that there was any attempt made to enable any alternatives to be canvassed or considered, which might have allowed Ms Cruise to remain in ongoing employment.”