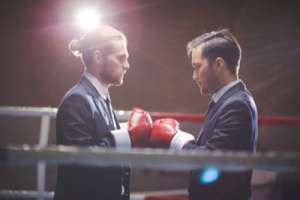 Reinstatement is the primary remedy for unfair dismissal under both the Fair Work Act and the Western Australian Industrial Relations Act. Yet is not often ordered, generally because by the time an unfair dismissal case gets to a hearing the relationship between the parties is irretrievable broken down, and often the tribunal hearing the case will be reluctant to legislate reinstatement upon parties between whom there is no mutual trust, and often overt hostility. However here is an extract from a recent case where the Fair Work Commission was not discouraged from ordering reinstatement merely because the relationship had become “bruised” by the case.

“Whilst I accept that the relationship between ACTION and Mr Thomas is likely to be bruised, I do not consider it beyond repair. As such, taking into account all of the above considerations I consider it is appropriate to order that Mr Thomas should be reinstated to his former position with ACTION under ss.390(1) and 391(1) of the Act. I also consider it appropriate to make an order under s.391(2)(a) of the Act to maintain the continuity of Mr Thomas’ employment. However, given that Mr Thomas’ conduct in ‘flipping the bird’ and damaging the other vehicle were contributing factors to the incident and that his conduct associated with the incident was inappropriate, I decline to make any order for lost remuneration under s.391(3) of the Act.”